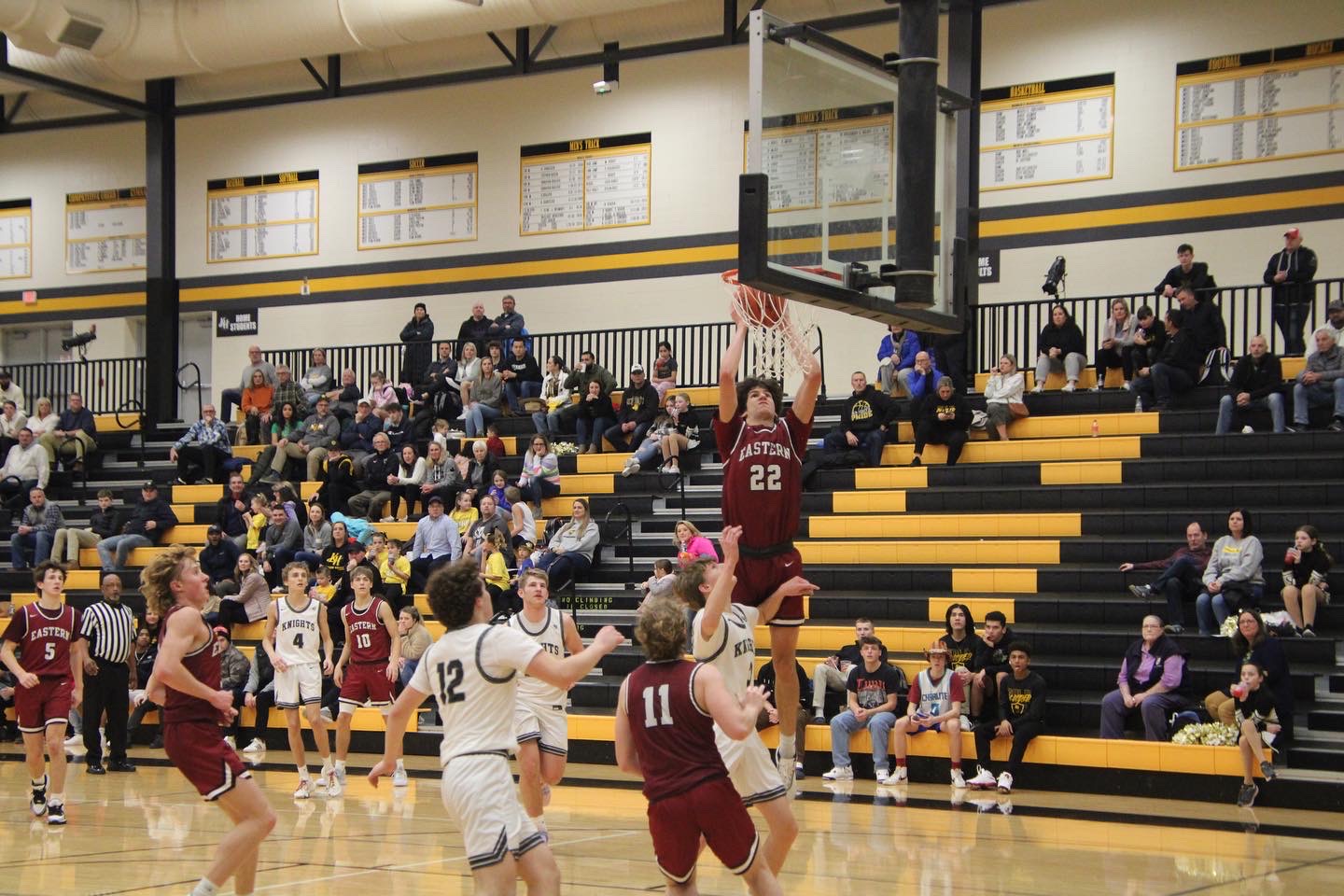 After suffering their first loss of the season last Friday, FHE was eager to redeem themselves against Kenowa Hills last night. Especially after being dubbed the 13th D2 team in the state by Goosepoop, a popular sports ranking and statistics page on social media, the pressure was on to perform.

The game started off rocky, with Mac Denbraber (‘23) getting violently shoved in the first play of the game. Following another shoving foul on Kenowa Hills, Aiden Sullivan (‘23) scored the first 3 points of the game via free-throw shots. As the quarter continued, so did the violence, especially from FHE, as they collected 7 fouls by the end of the first quarter. After slightly trailing for most of the quarter, Drew Patten (‘24) scored a 3-point shot to put FHE ahead in the final seconds of the quarter, with the score sitting at 12-11.

In terms of aggression, the Hawks calmed down, but the Knights of Kenowa Hills upped the anti, earning themselves an additional 3 fouls compared to FHE’s 1 foul in the 2nd quarter. Both teams had trouble scoring in this quarter; Kenowa Hills missed most shots, while FHE somehow managed to quite literally drop the ball before taking a shot. This kept the score fairly tight this quarter, with FHE managing to hold onto a 2-point lead, ending the first half of the game with a 30-28 lead over the Knights.

The third quarter of the game remained fairly tight, but with FHE slowly pulling farther away from Kenowa Hills. The score gap wasn’t due to increased performance by FHE, but more so by Kenowa Hills falling apart; incomplete plays, airballs, and poor plays allowed FHE to move ahead. This caused a sense of panic to come over Kenowa Hills, specifically the student section, as the intensity of their ridicule towards FHE increased. The third quarter ended 41-36, with Kenowa Hills crumbling.

The 4th and final quarter of the game proved the best for FHE; within the first minute of the 4th quarter, FHE basketball managed to have a 9-point lead over the Knights. This caused Kenowa Hills to become frantic, using all four of their allotted time-outs for the 2nd half rapidly. On top of that, both teams upped the aggression; scrappy and sketchy moves from both teams added to the tension as Kenowa Hills inched closer to FHE’s score. A buzzer-beater shot from Kenowa Hills set the final score to 56-50, making FHE’s overall record 7-1 and placing them 4th in the OK Gold conference. The Hawks play again on Friday, January 13, against Catholic Central High School at the Catholic Athletic Complex